The history of Land Cruiser

The history of the Land Cruiser symbolizes Toyota's QDR―Quality, Durability, and Reliability. The Land Cruiser is a reassuring companion for carrying out work and living a variety of lifestyles. It is a car that transports people's lives and items, and that fulfills people's mobility needs. Certainly, it is a car that enables people to go where they want, when they want, and to return safe and sound.

The Land Cruiser is Toyota's longest-selling car. It launched in November 1951, as the Toyota "Jeep BJ" and production has continued for 68 years, constantly developing versions and creating new series.

Full-scale exports of the Land Cruiser began with the 20 Series, which was introduced in November 1955, four years after the launch of the first-generation car. Since then, Toyota has consistently developed versions that cater to customer needs, without sacrificing reliability, durability, and drivability on poor roads that served as the basis of development concepts on which the Land Cruiser is based. The Land Cruiser has, for this reason, continued to receive the support of customers around the world. In the beginning, fewer than 100 units were exported per year; by 1965, 10 years after full-scale exports commenced, that figure had surpassed 10,000 units per year. At present, the Land Cruiser is sold in approximately 170 countries and regions worldwide, with annual global sales standing at approximately 400,000 units.

The Land Cruiser contributed significantly to increased trust in the Toyota brand around the world. Due to its outstanding reliability and durability, there are regions where Land Cruiser 40 Series vehicles continue to be used today, some 50 years after they were manufactured.

The Toyota Jeep BJ was originally developed for use by the National Police Reserve (today's Japan Ground Self-Defense Force) in 1951. The vehicle was tested by tackling technological feats that had only previously been possible on horseback – replicating a samurai warrior’s legendary climb to the Shinto temple at the top of Mount Atago, and driving up the old pilgrim route to the sixth station on Mount Fuji. Although the Toyota Jeep BJ's large-displacement engine assured its superiority performance, the National Police Reserve ended up choosing the Mitsubishi Jeep.

It took until August 1953 for the start of series production. In 1954, the Toyota Jeep BJ tag was replaced (since Willys–Overland Motors had trademarked the name ‘Jeep’) with the memorable name Land Cruiser.

The second-generation Land Cruiser, called 20 Series, was released on November 1955, and in the four years following the original concept’s debut it had evolved from military machine to civilian utility vehicle. The changes were obvious with rounded bodywork, integrated headlights, and a more spacious cabin.

With the second generation, Land Cruiser was the first Toyota to arrive on the foreign market. 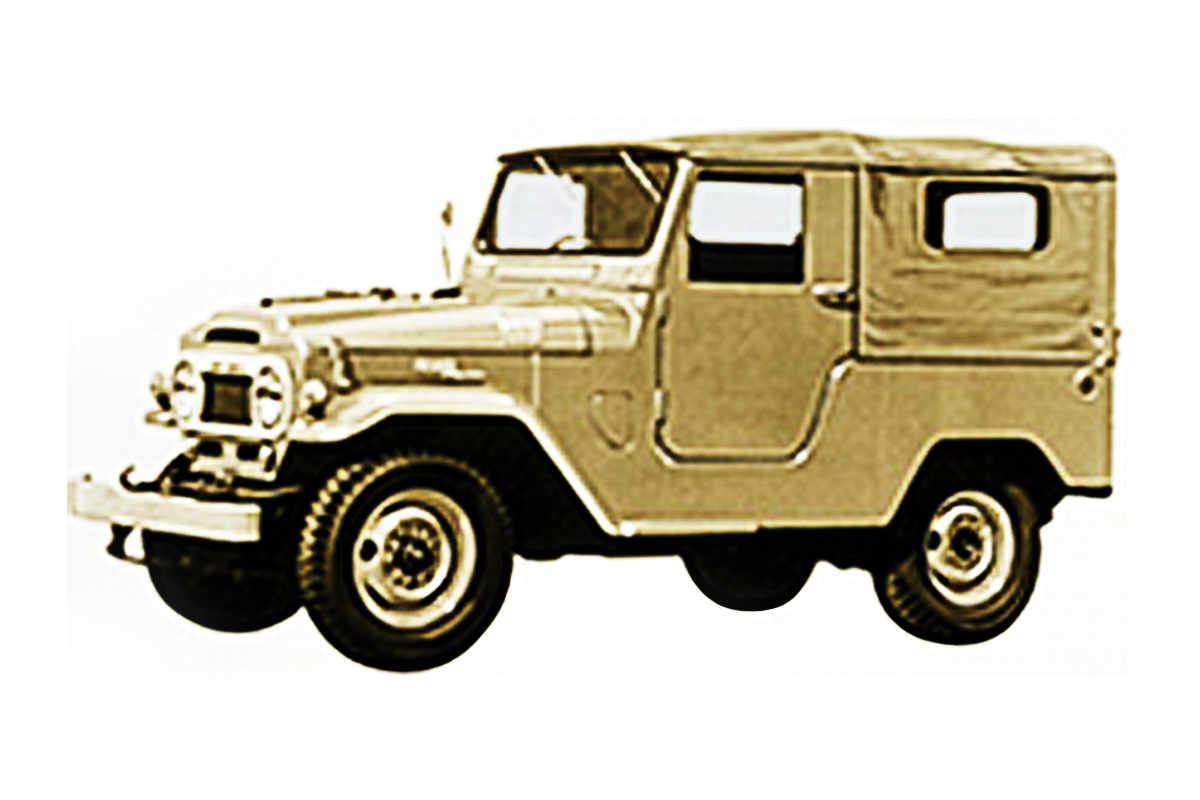 A fundamental redesign was applied for the third-generation 40 series Land Cruiser for its launch in 1960, though casual onlookers often struggle to tell it apart from its predecessor.

Four wheelbase choices were available, allowing countless permutations from the original-style open body to the enclosed troop carrier, or ‘Bush Taxi’, as it is affectionately known in West Africa. There was a Land Cruiser to suit everybody’s needs, which led to an exponential increase in sales.

We will continue Cruising on Land discovering new adventures.

We are going beyond, reaching new milestones...